US Taxes for American Citizens Living In France

US Taxes for American Citizens Living In France

With its picturesque scenery and charming ambiance, France has long been a favorite expat and retirement destination for people from across the world.

Contents
1 Taxes for American Expats Residing In France
2 Who Qualifies As a French Resident?
3 Expat Income Taxes in France and French Tax Rates
4 French-US Tax Treaty and Double Taxation Prevention
5 French Tax Due Date
6 French and US Social Security Taxes
7 Paying French Taxes on Income Earned in the United States
8 Reporting of Foreign Accounts
9 Having Concerns about Living in France and Your US Expat Taxes?
Categories: US Taxes For Expats

Categories: US Taxes For Expats 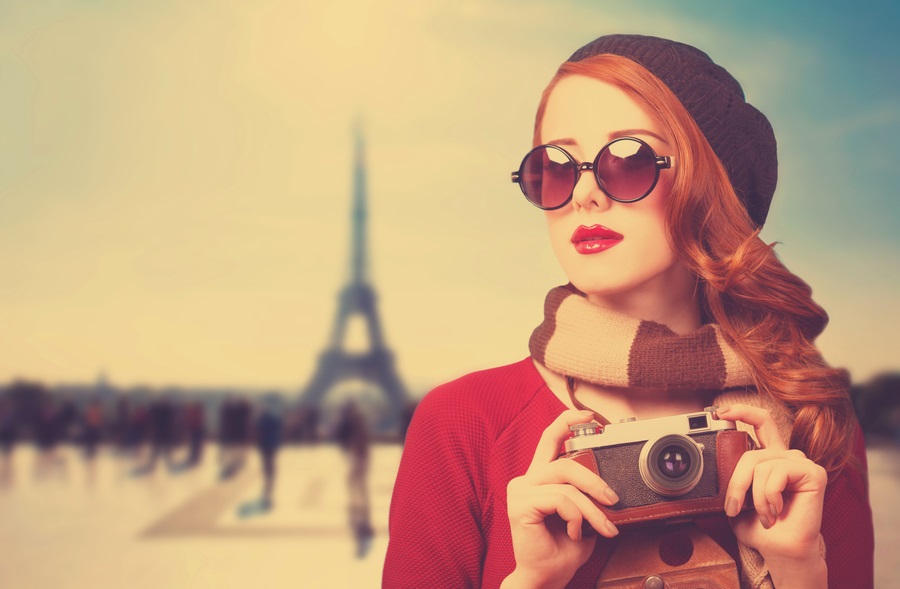 Contents
1 Taxes for American Expats Residing In France
2 Who Qualifies As a French Resident?
3 Expat Income Taxes in France and French Tax Rates
4 French-US Tax Treaty and Double Taxation Prevention
5 French Tax Due Date
6 French and US Social Security Taxes
7 Paying French Taxes on Income Earned in the United States
8 Reporting of Foreign Accounts
9 Having Concerns about Living in France and Your US Expat Taxes?

With its picturesque scenery and charming ambiance, France has long been a favorite expat and retirement destination for people from across the world. As an American though, it’s important to familiarize yourself with expat taxes before deciding to move to France.

Americans living in France are subject to the French tax system and must also file a US tax return.

It is mandatory for US citizens and residents to file their taxes with the IRS each year, regardless of where they live, if they earn over these thresholds worldwide for 2021:

American expatriates living in France have to file French taxes too.

In addition to your US income tax return, if you have assets in foreign bank accounts, FinCEN Form 114 – commonly known as the Foreign Bank Account Report (FBAR) – may also be needed.

Americans residing in France should be able to take advantage of these and other tax-cutting measures, including the US Child Tax Credit, with good planning and advice. Even if you have no US income tax debt, you will almost certainly have to submit a tax return in the future, but the good news is that expat taxes can be reduced significantly.

Who Qualifies As a French Resident?

The French government levies taxes on “family units,” so a married couple is usually required to file a joint tax return.

For tax purposes, if you meet any of the three requirements below, you are recognized as a French resident:

Unless the French Tax Authorities specify otherwise, all money earned in France is subject to French taxes, and that earned anywhere in the world by expats living in France. For married couples, the maximum French tax rate is set at 45 percent, with a surtax of 3 percent on the amount of income that exceeds EUR 250,000 for a single person and EUR 500,000 for married couples, and of 4 percent on the portion of income that surpasses EUR 500,000 for a single person.

The French tax authorities have provided the following list of tax rates for 2021.

Non-residents of France are liable to progressive income tax withholding rates of 0%, 12%, and 20%, depending on the amount of total taxable compensation they earn in France. Individual non-resident income tax returns are also required when remuneration surpasses the 20% tax band, even when tax has been withheld at source. However, the Inbound Assignee Regime, a specific tax, creates an arrangement for foreign people working temporarily in France (Article 155B of the French Tax Code).

Housing allowances and relocation expenses are examples of nontaxable additional remuneration in France. These issues must be clearly stated in the employment contract, prior to commencing work.

Currently, the United States and France have a tax treaty in place that helps decide who is responsible for paying various taxes and at which moment those taxes are due. The treaty contains a savings clause however, which prevents US expats from benefiting and ensures they still have to file. Any doubts about the treaty should be addressed by an expat tax professional, particularly concerning worries over double-taxation.

The French tax year follows the calendar year, just as the US. A number of factors come into play when it comes to the French tax filing date, the most important being your residency status, where you live, and the method through which you file.

Paper tax returns are due on May 18th of the year after the tax year if you are a resident, or May 31st if you are filing electronically. Non-residents of France are required to file their taxes by June 7th.

French and US Social Security Taxes

Under the US-France Totalization Agreement, US social security taxes are levied on Americans who work (or intend to work) in France for fewer than five years, whereas you are required to contribute to France’s social security system if your residence is due to last more than five years. Regardless, you are required to pay into the US Social Security system if you have or work for a business registered in the US.

Paying French Taxes on Income Earned in the United States

In France, you are taxed on all of your worldwide income if you are deemed a resident. For non-residents, taxation in France is limited to the portion of one’s income that originates in France.

There are US citizens’ bank accounts in France that are subject to FBAR and FATCA reporting.

Having Concerns about Living in France and Your US Expat Taxes?

If you’re an American in France who hasn’t been filing your US taxes, we can help you catch up without paying IRS back taxes or penalties under an IRS amnesty program.

We are here to help you with the questions and issues you have about US expat taxes in France, so get in touch now.

Need help with your US taxes? Get in touch and find out how Vista can help.

Check Out Our Services And Pricing, Or Just